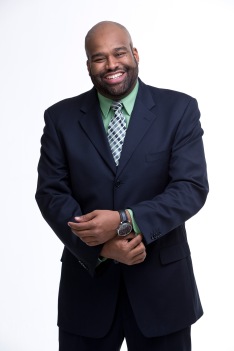 Big C has worked his way up from an intern to a voice of a community.

Originally form Chicago, Big C grew up listening to two of the greats, Doug Banks and Tom Joyner, and at a young age he knew radio had his heart.

He received his first opportunity to be on air in high school. Playing music for students in the cafeteria and hosting dances.

Big C later went on to intern at Power 88 in Las Vegas and the Jonesboro Radio Group in Jonesboro, Arkansas.

While finishing his degree at Arkansas State, Big C was offered a position with Hot 107.5 The Party Station, where he took over the drive time slot, bringing energy and different segment to the show, like the Cizzle Report and The Slaw List.

After leaving Jonesboro, Big C took a job in South Bend at Michiana’s Hottest Station, Smokin 99.1 WSMK, where he took over the afternoon drive slot. He became more involved in the community, hosting different events and giving back to Michiana.

You can catch Big C, Sundays from 12pm to 3pm on the Sunday Shakedown.

Stay tuned to radiobigc.com for the latest.