Now that the NBA Finals are over (congrats Dub Nation)… The shade between Lebron James and Draymond Green continues to grow. Last year after the Cavs won the title, Lebron wore this “Ultimate Warrior” t-shirt (Cavs came back and won after trailing 3-1 in the finals).

This year during the Warriors championship parade, Draymond wore this Quickie tee… The ‘Q’ on the shirt resembles the ‘Q’ from the Quicken Loans Arena where the Cavs play. 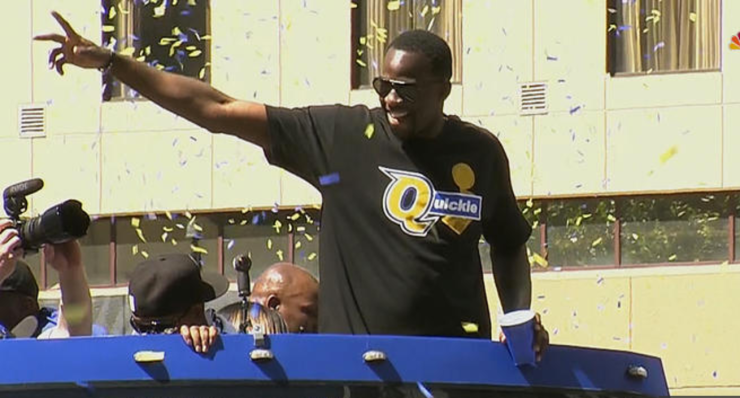 But Draymond… clapped back on his Instagram after a video of Bron Bron in the gym, with a change to his appearance.

Did Lebron actually go bald?!?! Who do you think threw the best shade?